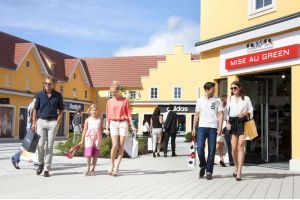 ROPPENHEIM THE STYLE OUTLETS is the ultimate shopping destination. More than 100 major brands present collections from previous seasons with a minimum 30% discount on the recommended retail price. Open all year round.

More than 100 stores selling clothing for women, men and children, as well as sportswear, leather goods, home accessories, watches and jewellery. Roppenheim The Style Outlets is a unique destination and a great opportunity to create your own style. Excellence in shopping.

Soufflenheim is famous for the art of clay pottery, used to make kitchenware decorated in traditional colours and patterns, including cake moulds, terrines and casserole dishes, as well as various decorative objects. The earliest 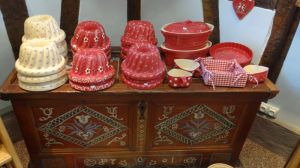 evidence of this traditional skill dates back to the Bronze Age. Historical records trace the development of this remarkable craftsmanship.

There are approx. fifteen pottery workshops in the village, which are open every day. Workshops also offer guided tours on reservation. 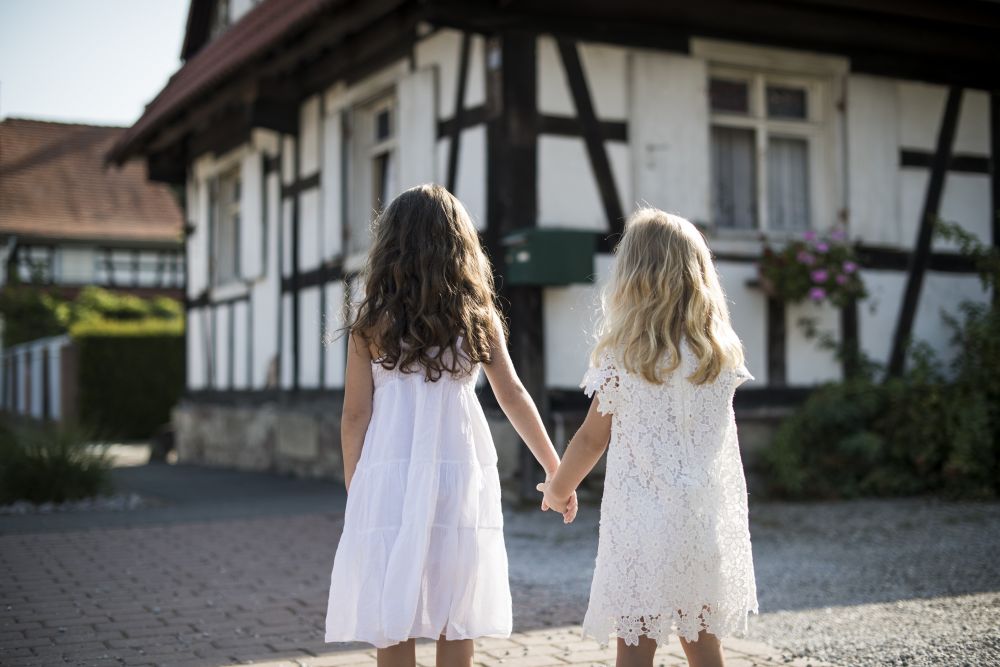 Sessenheim owes its fame and its entry in the history of literature to the romance between Johann Wolfgang Goethe, then a law student in Strasbourg, and the daughter of the pastor of Sessenheim, Frédérique Brion, in 1770 to 1771.

In the centre of the village, the Goethe memorial – a former guardhouse which has been restored and redesigned – houses various documents concerning Goethe’s life, his studies in Strasbourg, his spiritual metamorphosis under the influence of Herder, his encounters with the French intelligentsia and his poetic development in response to the love he found in Sessenheim. A copy of the celebrated bust of Goethe sculpted by David d'Angers is surrounded by quotations by the poet, Napoleon and Paul Valéry, demonstrating the writer’s far-reaching influence.

Other sights in the town include the rectory barn, the collection at the Restaurant au Bœuf and the tumulus.

This is the largest double lock on navigable waterways in France: 2 locks (270 metres long and 24 metres wide) enable boats to conquer an 11-metre drop in only 14 minutes. 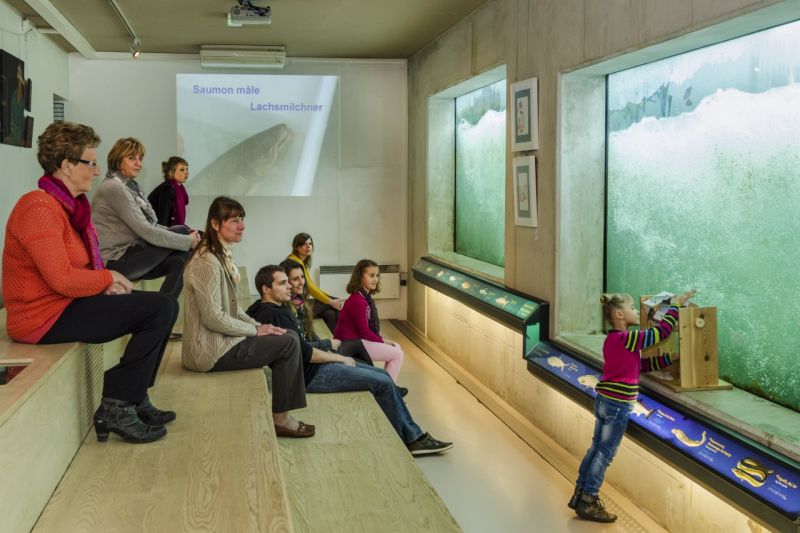 The fish ladder was opened in 2006 and enables salmon and other species of fish to swim upstream once again, having been prevented by the construction of the locks. The public is invited to come and watch them pass from a large glass observation room; the best times to visit are in May and September/October.

Once a sailor’s village with four naval bases, Offendorf can now boast of being the first marina on the Upper Rhine.

The regional nature reserve in Offendorf comprises 59 hectares of lush alluvial forest, containing white willows, black poplars, oak and ash, as well as many plants and flowers which are attractive to butterflies. These wetlands also provide a habitat for various species of newts and frogs. 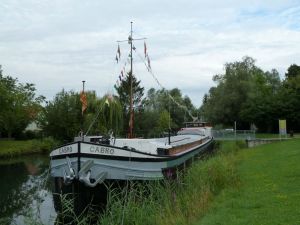 A small museum housed in a converted Freyssinet barge which pays tribute to and keeps alive the memory of the sailors and boatmen of Offendorf. The tradition of inland shipping dates back to the 16th century, yet only really began to take off in the 19th century and experienced its golden age in the 1960s.

Fort-Louis is one of a series of fortifications established on the north-eastern borders of the kingdom of France, 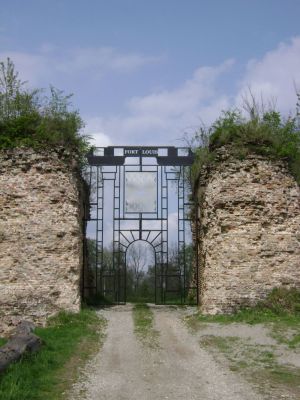 on the so-called “Ligne de la Moder” or Moder Line. The stronghold projects out on an island of the Rhine; the area is forested, marshy and unsanitary. The site was well suited to a defensive role; however, atmospheric conditions and major fluctuations in the level of the Rhine considerably hampered the stronghold’s defensive purpose and discouraged human settlement.

The château and fortified enclosure of Beinheim, the château of Seltz and the imperial palace of Haguenau, which had burnt down in 1667, were demolished and the stones were transported to Louis to build the fort. The bricks and tiles were manufactured on site, on lands owned by Roeschwoog and Neuhaeusel. The stronghold comprises a main square fort, “Fort Carré”, and two secondary forts, “Fort Alsace” and “Fort Marquisat”. Built in the middle of the island of Giesenheim, Fort Carré is the main fortress of the stronghold. It is rectangular and has a bastion at each corner. Subterranean corridors in the ramparts of each curtain wall enable passage to the ditch and the external structures. Each curtain wall is protected by a lunette.

“Fort Alsace” is a hornwork structure situated to the west of Fort Carré, on the left bank of what is now the River Moder. Its role was to protect entry from the Alsatian side. Today, the route leading from Roeschwoog to Fort-Louis still crosses the bridgehead of Fort Alsace. Large embankments and some brick walls are visible on each side of the road. 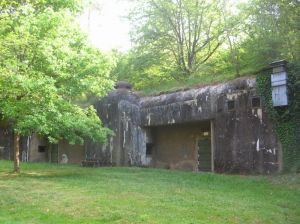 The Heidenbuckel shelter, situated in the forest of Leutenheim, was one of the many surface shelters built for camouflage and protection; at the south-western tip of Heidenbuckel. The shelter is 37 metres long and 17 metres deep. It contains all the standard internal fittings: rest rooms, kitchen, machine rooms (2 generators) and ventilators, filters, toilets, stores, etc. It could accommodate one army section and the kitchen could feed up to 180 people. The weaponry comprised 5 machine guns: 1 under the spotter’s dome in a central position and 4 under caponiers.

PASO (Paul Klein, born in 1953) is an artist originally from Drusenheim. He began his artistic career at the age of 14, as the youngest student in the history of the École des Arts Décoratifs in Strasbourg. Once graduated, he concentrated on the applied arts for several decades, before turning to painting at the age of around 50. His style is characterised by the invention of colour, by Man positioned in the centre of the painting, by gesture and darkness. His works are colourful, eventful and full of energy. 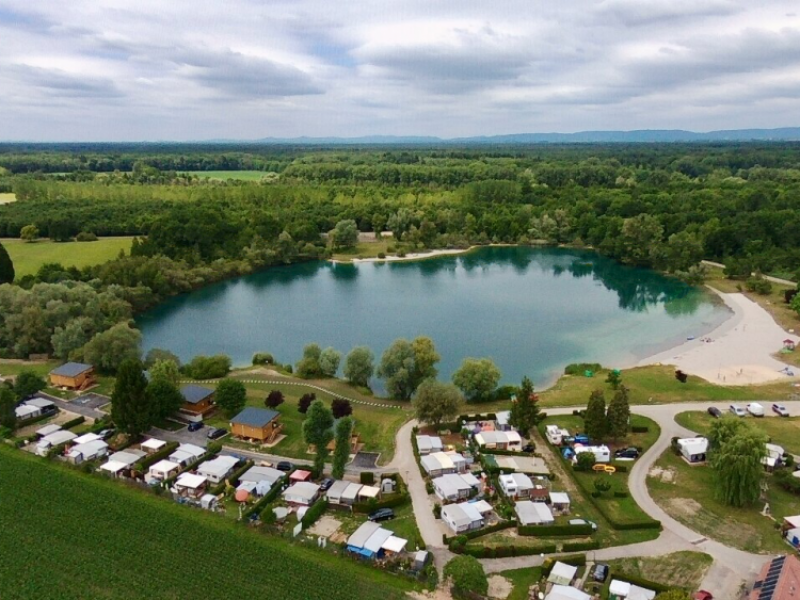